Some moments from our time in South Korea:

Tell us what we missed out on our trip! (Yeah, we know about Jeju Island…)

July, 2013
If not mentioned otherwise: all photos by Farafolk Travels

Seoul: contrasts are many in this traditional, yet modern country.

Seoul: buddhist munks in a temple in the middle of the city. Photo: Francisco Muciño

Busan: park not far from the sea shore.

Busan: a mountain of sky scrapers sorround the beach of the city.

Ulsan: the industrial city of the south.

Ulsan: at TGI Friday’s, planning where to go. 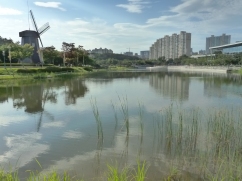 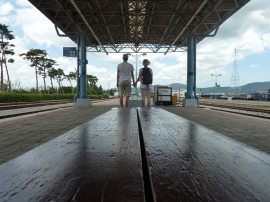 Ulsan: waiting for our train to Geyong Ju.

Geyong Ju: one of the most historical cities of the area. 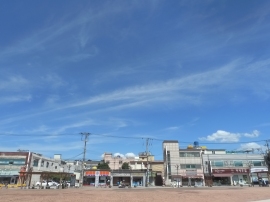 Geyong Ju: studying the map, trying to get to the Buddha temple in the forest of the mountain.

Geyong Ju: a majestic temple greets us as we begin our hike to the great Buddha temple of the city. It lies high up in a forest and contains a giant Buddha dated more than a thousand years ago! Unfortunately we were not allowed to take any pictures.